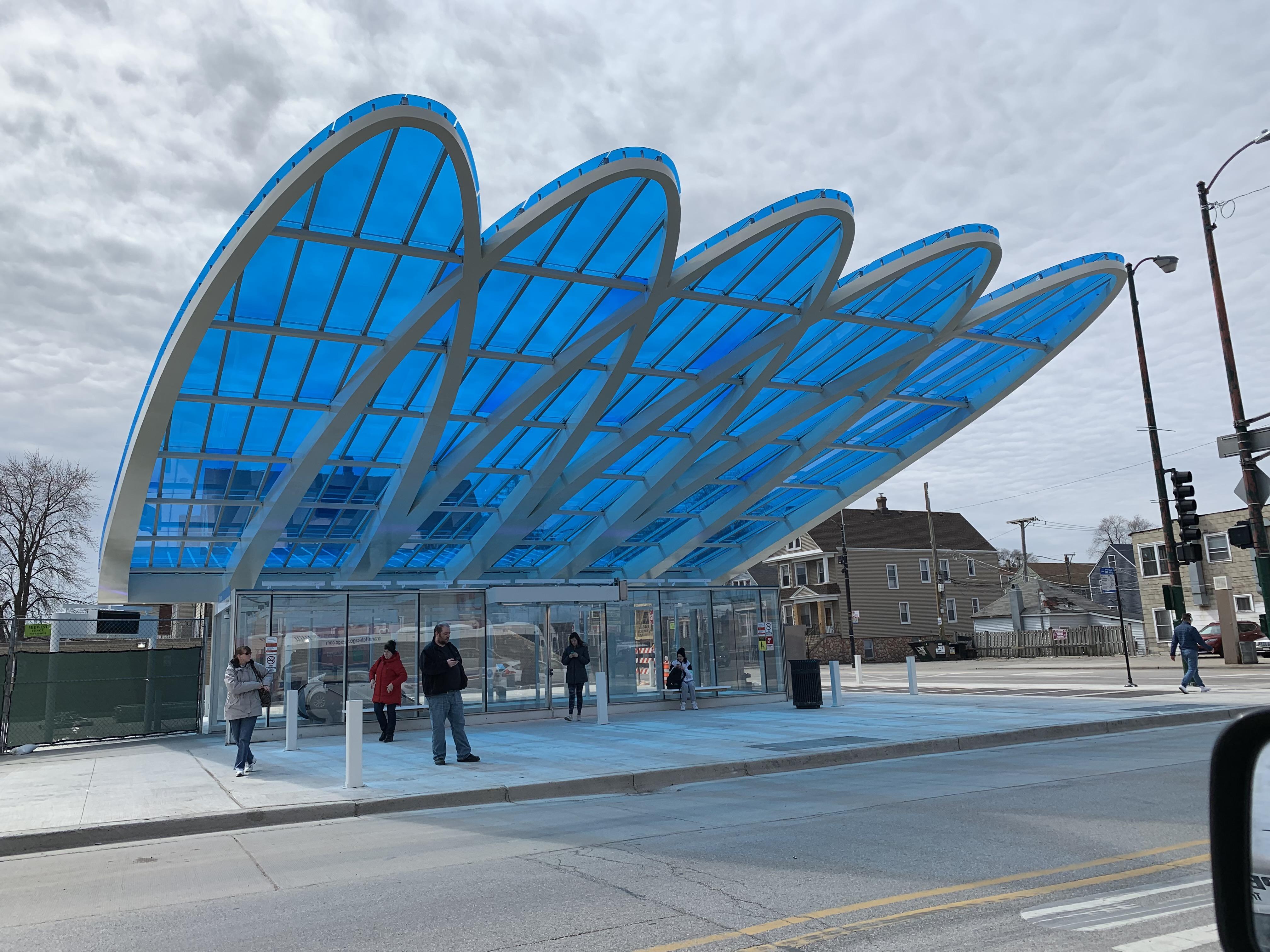 With over 1.7 million users per year, Belmont Blue Line Bus Station is the seventh most traveled on the Blue Line and hosts the fifth busiest stop (for lines No. 77 and 80). With ridership expected to skyrocket as a result of the increasing number of residential developments emerging throughout North Avondale, the Chicago Transit Authority and the City of Chicago created a plan to fully revamp the overburdened L line.

Inspired by one of Chicago’s “Seven Lost Wonders”, the Olsen Waterfall, the station is animated with the dynamic form that displays both its function and aesthetic on a rainy day. Beautifully designed by Ross Barney Architects, the structure "puts Avondale architecturally on the map," said Mayor Rahm Emanuel at the renewed station’s ground breaking.