The Leaf at Canada’s Diversity Gardens 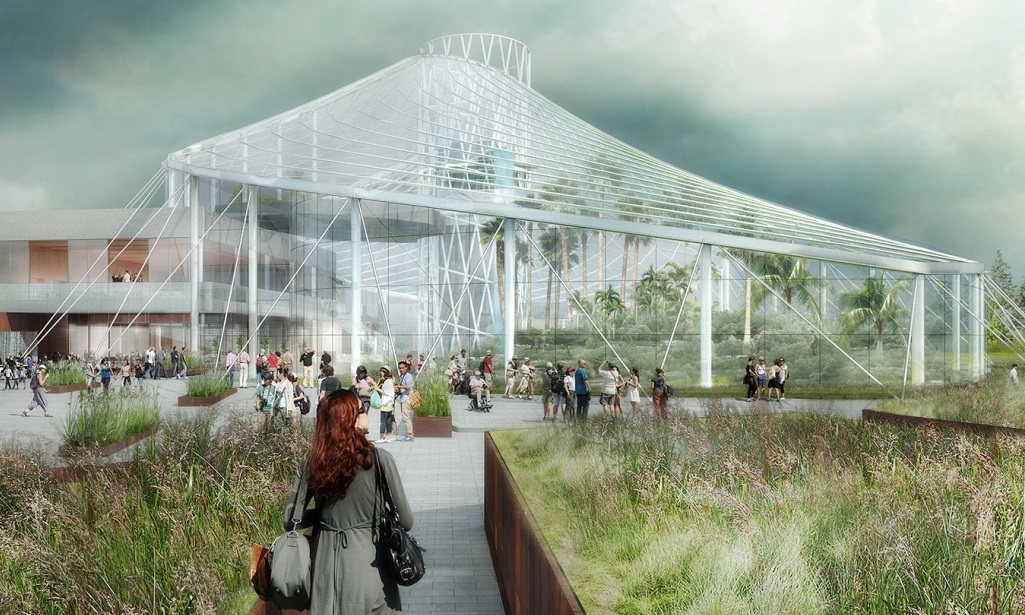 The Leaf will be the centerpiece of Canada’s Diversity Gardens at Assiniboine Park in Winnipeg. The 6,000+ square metre (64,600-sqft) facility will feature four distinct zones that transport visitors through entirely different climates and environments. The most prominent feature of the structure is its ethylene-tetrafluoroethylene (ETFE) cable net roof that is tensioned off of a 33-metre (108-foot) tall “diagrid tower” which rises up through the centre of the building. The diagrid tower is comprised of round HSS/pipe and custom cast steel nodes designed by CAST CONNEX.

Each cast node connects six straight HSS/pipe members together, with the nodes providing the diagrid its shape and form. Bird Construction engaged CAST CONNEX to engineer, detail, and supply the castings, with Supreme Group engaged under a separate contract to fabricate and erect all of the structural steel on the project, which included receiving and incorporating CAST CONNEX’s nodes into their steel framing.

As part of CAST CONNEX’s design realization process, CAST CONNEX led a node shaping study which, through the use of both computational and 3D-printed models, demonstrated how various nodal forms impacted the geometric appearance of the diagrid. Diverging somewhat from original visualizations, the design team ultimately opted for a nodal form that emphasized a vertical articulation of the diagrid’s framing.

In addition to the use of custom designed castings in the diagrid tower, the project also features the use of CAST CONNEX® Universal Pin Connectors™ + Architectural Tapers™ at the ends of architecturally exposed structural steel (AESS) struts and CAST CONNEX® Universal Pin Connectors™ at the ends of AESS braces used in various locations of the building.

Project visualizations in the gallery are by The Flat Side of Design.