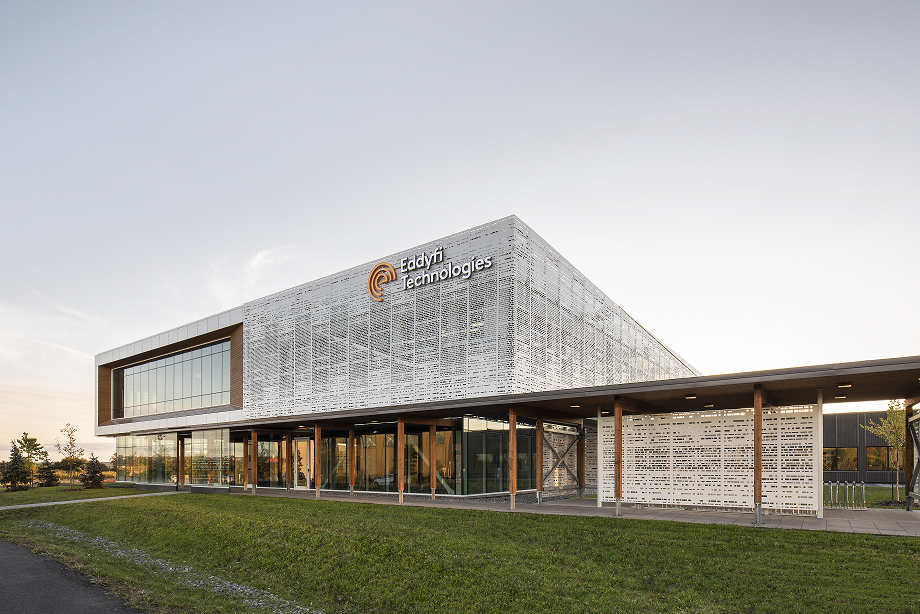 Headquartered within the Michelet Innovation Space in Quebec City is Eddyfi Technologies, an engineering consultancy that provides high performance Non-Destructive Testing inspection to customers across 80 countries.

With features such as a double skin façade which is used to filter direct sunlight and a lower level floor-to-ceiling curtainwall that encourages engagement with the outdoors, the Eddyfi building is a 58,000 square foot structure dedicated to occupant wellbeing and thoughtful design.