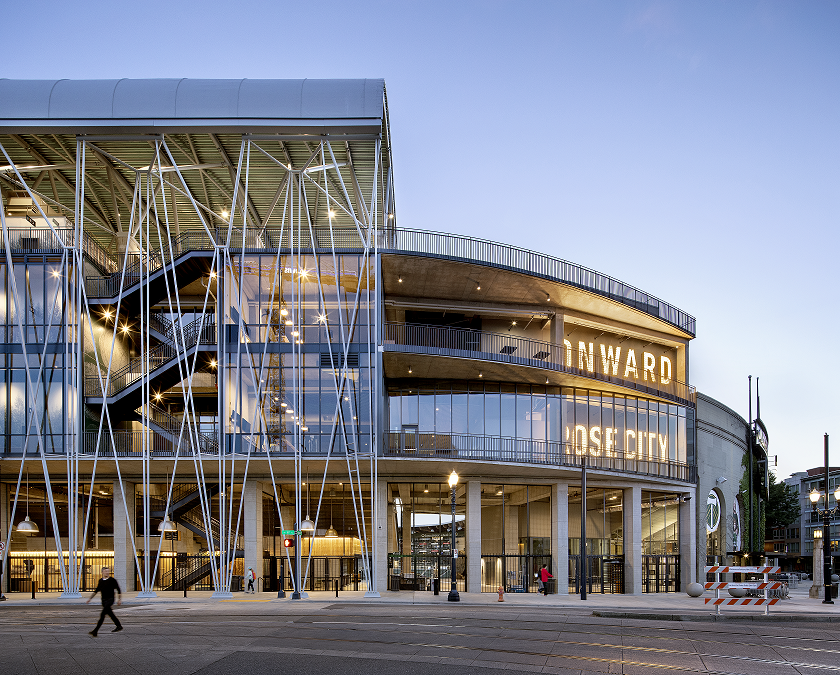 Home to the Portland Timbers and Portland Thorns FC, Providence Park Stadium is an outdoor sports venue located in the Goose Hollow neighborhood of Portland, Oregon.

One of the oldest stadiums in Major League Soccer, the arena has undergone a number of renovations, but none as transformative as the most recent, which added 4,000-seats, three additional levels, and a list of upgrades that took almost 20 months of construction to complete. This expansion moved the stadium from 21,144 to 25,218 capacity, allowing it to take its place among the list of larger soccer league stadiums.

Street side, AESS web members are used to add visual interest to the stadium's three newly added levels and massive 150-foot roof. Each hollow structural steel (HSS) member is outfitted with Cast Connex® Universal Pin Connectors™ (UPC-89/3.500s), each placed uniformly at the base. In total, 122 UPCs were used to complete this aspect of the project creating a clean, open, and unobtrusive view of all club levels, including the arcade and concourse at street level.

The project, which cost approximately $50 million to complete, opened to fans in June of 2019.