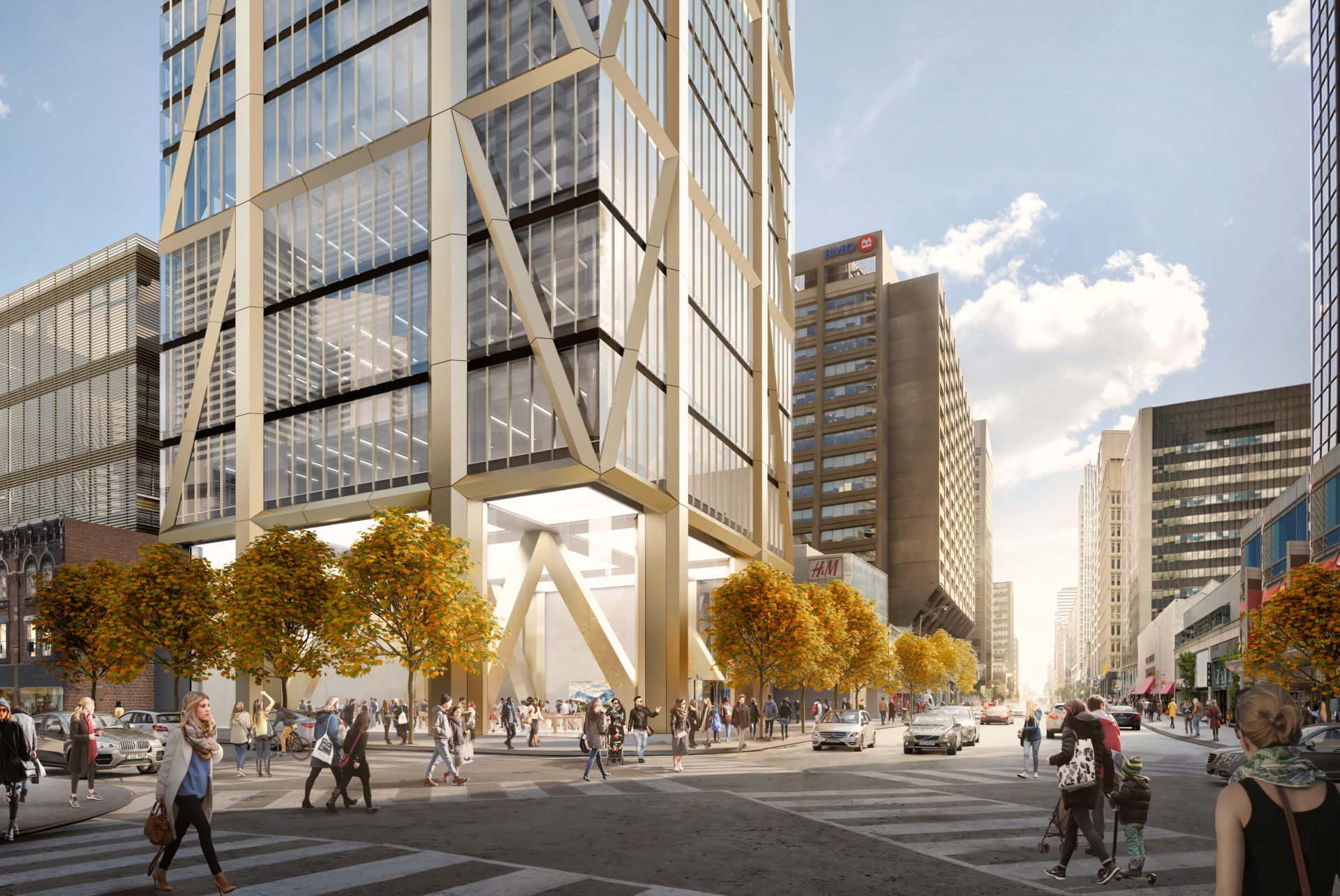 Located at 1 Bloor Street West in Toronto, The ONE is Canada’s first supertall building and is one of the most slender supertall towers in the world. In addition, the building’s concrete core is completely transferred to the building’s perimeter over the height of its five-storey podium. This heroic structural feat is enabled by CAST CONNEX® High Integrity Block® technology used at the central kernels of the nodes that collect the structural steel framing which transfers load from the core to the perimeter mega columns. The largest High Integrity Block components in the structure each resist well over 300 Meganewtons (68,200 kips) of load and are put into complex, multi-axial stress states. This unique structural configuration creates the building’s column-free glass podium which houses flagship retail, international restaurants, five-star fitness and club amenities, and a boutique hotel and bar.