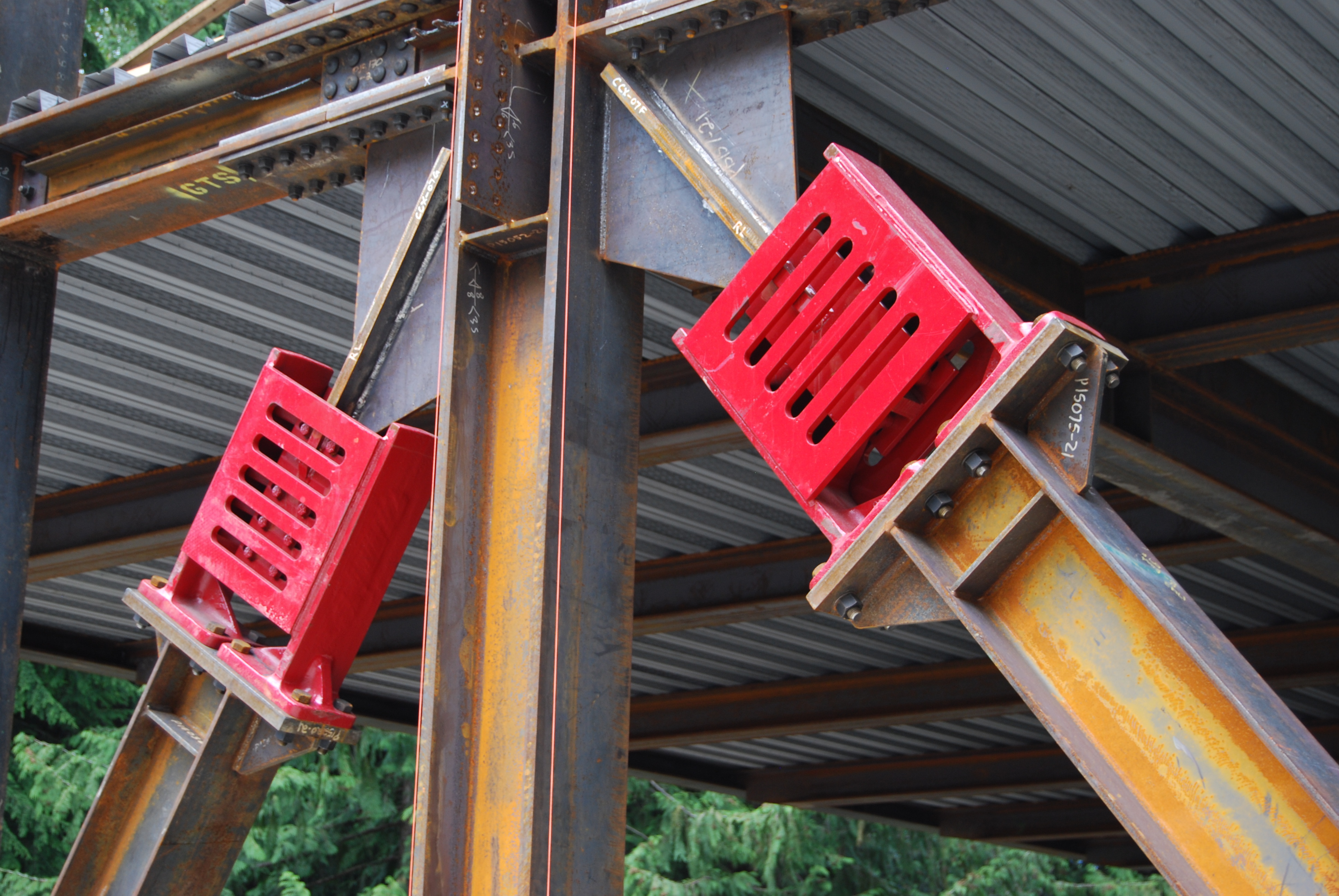 CAST CONNEX® Scorpion™ Yielding Connectors are modular, replaceable, standardized hysteretic fuses that provide enhanced ductility and improved performance in the retrofit of seismically deficient structures or for use in the Seismic Force Resisting System of new structures.

Each Scorpion Yielding Connector (SYC) consists of specially designed cast steel and fabricated elements which connect to and transmit forces between connected elements. The SYC is intended to remain elastic during ordinary building service loading and provides energy dissipation during a sizable earthquake through the cyclic inelastic flexural deformation of the SYC’s cast steel yielding fingers. The system exhibits a full, symmetric hysteresis characterized by an increase in stiffness at brace elongations greater than the design level. This increase in stiffness is a result of the second-order change in geometry of the yielding fingers, each of which is shaped to promote the spread of plasticity along its entire length.